This cartoon presents a common misinterpretation of Jesus words in the sermon on the mount where he says:


"You have heard that it was said, 'YOU SHALL NOT COMMIT ADULTERY'; but I say to you that everyone who looks at a woman with lust for her has already committed adultery with her in his heart. (Matthew 5:27-28)

Someone might read these words and wonder.. if they are already committing adultery in their heart.. why not go through with the physical act? It is a good question - I think.. I mean really.. does anyone not recognize the difference between contemplating sin and actually committing it? Consider this passage from James:


Let no one say when he is tempted, "I am being tempted by God"; for God cannot be tempted by evil, and He Himself does not tempt anyone. But each one is tempted when he is carried away and enticed by his own lust. Then when lust has conceived, it gives birth to sin; and when sin is accomplished, it brings forth death. Do not be deceived, my beloved brethren. (James 1:13-16)

This passage paints a progression of sin that starts with the conception of sin and ends with it's birth. I think that it is important to understand that the heart sin that Jesus speaks about actually does end in a physical act of some sort. When he speaks of murder in our heart Jesus says:

Notice that the inner feeling of anger is manifested in the person's speech. It is the same thing with all heart sin.. it will eventually manifest itself in outward sin.. and so often that sin is one done in secret.. such is the progression of lust.

I love how Jesus challenges us all in the sermon on the mount.. He speaks to the very real issue of heart sin.. He leaves us all without excuse.. but He doesn't actually equate inner sin with outer sin. Sin that has been conceived in the heart does not have to be birthed our flesh. Consider this passage:


For though we walk in the flesh, we do not war according to the flesh, for the weapons of our warfare are not of the flesh, but divinely powerful for the destruction of fortresses. We are destroying speculations and every lofty thing raised up against the knowledge of God, and we are taking every thought captive to the obedience of Christ, and we are ready to punish all disobedience, whenever your obedience is complete. (2 Corinthians 10:3-6)

This speaks to our need to prevent the inner sin that has been conceived from being born.. it is a spiritual issue.. one in which spiritual weapons are needed.
5 comments:

The Barna Group has an article on their website titled Despite Benefits, Few Americans Have Experienced Short-Term Mission Trips. Here is an few excerpt from the article: 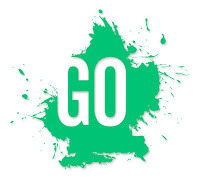 The label "life-changing" is pasted on many things, but the description fits most short-term service trips. Only one-quarter of those who have participated on such a trip said it was "just an experience," while a majority said it changed their life in some way. The most common areas of personal growth that people recall - even years later - include becoming more aware of other people’s struggles (25%), learning more about poverty, justice, or the world (16%), increasing compassion (11%), deepening or enriching their faith (9%), broadening their spiritual understanding (9%), and boosting their financial generosity (5%). Others mentioned the experience helped them feel more fulfilled, become more grateful, develop new friends, and pray more.

A few months ago I posted about my short-term mission to China. Thinking back on that trip I would have to say that the main result of that trip for me was that it helped me to gain a more global perspective of the kingdom of God. It caused me to develop a bit of compassion and empathy for people who struggle living out their faith in ungodly countries.

What about you? Have you ever gone on a short or long term mission trip? If so, how did the experience impact you? Would you do it again?

Waiting on the Lord 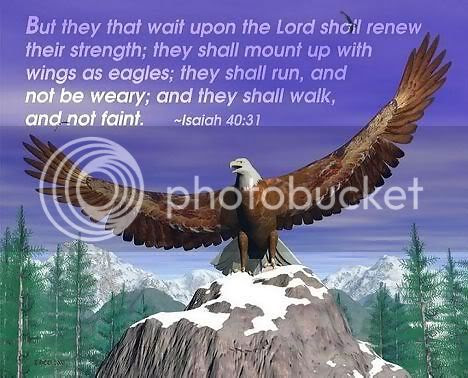 My blog friend Stephanie recently posted and quoted Psalm 40. I think that the first verse of that psalm speaks to the heart of trusting in the Lord when David writes:

"I waited patiently for the Lord"

If I have learned anything in difficult seasons it is that waiting on the Lord develops patience.. and that patience may not change my situation but eventually will change my attitude. Consider this passage of scripture:

For God is not unjust so as to forget your work and the love which you have shown toward His name, in having ministered and in still ministering to the saints. And we desire that each one of you show the same diligence so as to realize the full assurance of hope until the end, so that you will not be sluggish, but imitators of those who through faith and patience inherit the promises. (Hebrews 6:10-12)

I love how it says that God's promises are obtained through patience. This scripture also speaks to God being just and not forgetting the work of His children as they faithfully minister as they wait. I think that this idea of loving and ministering while we wait gets to the heart of what it means to wait on the Lord.

But the fruit of the Spirit is love, joy, peace, patience, kindness, goodness, faithfulness, gentleness, self-control; against such things there is no law. (Galatians 5:22-23)

If you find yourself in a difficult season of your life.. and I am currently in one.. my encouragement to you is to keep praying.. keep loving.. keep ministering to others.. and keep trusting in the Lord. You may not get what you want but you may get what you need.
5 comments:

I thought that, in these times of financial crisis, this post from July 2007 might be a good refresher on the things that can bring crisis to our homes and how we can escape the grip of the enemy in this area.

Dear friend, if you've gone into hock with your neighbor or locked yourself into a deal with a stranger, If you've impulsively promised the shirt off your back and now find yourself shivering out in the cold, Friend, don't waste a minute, get yourself out of that mess. You're in that man's clutches! Go, put on a long face; act desperate. Don't procrastinate-- there's no time to lose. Run like a deer from the hunter, fly like a bird from the trapper! (Proverbs 6:1-5 MSG)

If this wasn't written so clearly about in the bible I would be hesitant to write about it. The topic of money is something that is written about extensively in the scriptures and debt/credit specifically is addressed in this scripture as well as others. Credit and debt continues to devastate families all over the world.

My first real exposure to borrowing money came when I was in the Army. The day after payday and seemingly every day after until the next payday was filled with guys asking for a few bucks to get them by until payday. I never could understand it then and still have difficulty understanding it now why people can't live within their means.

I think that most people (at least the ones above the poverty line) do not have a problem of income but of outgo ... they do not restrain their spending - they buy things that they cannot afford. Why do you think that this is so? Here are a few reasons:

These three 'ISMs' are the heart of this passage found in the bible:

Don't love the world's ways. Don't love the world's goods. Love of the world squeezes out love for the Father. Practically everything that goes on in the world--wanting your own way, wanting everything for yourself, wanting to appear important--has nothing to do with the Father. It just isolates you from him. The world and all its wanting, wanting, wanting is on the way out--but whoever does what God wants is set for eternity. (1 John 2:15-17 MSG)

I adjure you my friends to heed the scripture in this area. Don't fall in love with things. Live within your means. Don't fall into the enemies trap and go into debt over cars, electronics and the many other lusts of life. Do all you can do to get yourselves free from the bondage of debt and keep yourselves free.
3 comments:

This week's Washington Post / Newsweek question to religious columnists is:

Obama and Wright. McCain and Keating. Palin and Muthee. To what extent is it right or wrong to judge candidates by the company they keep?

Here are a few excerpts from the responses:

Associations with persons and causes can be relevant when we size up a candidate, but only if the accuser makes or traces a valid pattern of behavior, attitude of mind or current position. We all change our minds, sometimes for the better, thank God. It's blindingly obvious to me at least that if there was ever a time to stay on the issues and try to deal with the awful mess we're in, it's now. Judgment works both ways, and I think a lot of us are going to judge candidates who lean heavily on guilt by association, a discredited American political idea if there ever was one. -William McD. Tully

It is also easy to condemn people unfairly for their acquaintances. "He keeps company with tax collectors and sinners," said the Pharisees about Jesus. Both McCain and Obama have repudiated the actions of these acquaintances, who have nothing to do with their campaigns and would have nothing to do with their administrations. Enough of this guilt by association campaign tactic. It is time to return to the issues that matter to the American people and the world. -Thomas J. Reese

I chose all three of these because they reference how the Pharisees judged Jesus according to the people that He hung around with. I also chose them because I tend to agree with the way that they answered the question.

How would you have answered he question?
17 comments:

Suicide and the Bible

Following is an excerpt from my blog friend Janna's excellent post titled The Bible and Suicide:

As Christians, it is important to know what the Bible says about suicide so we can offer some measure of comfort to those who mourn. The bottom line is this: Nowhere in the Bible does it say that a person goes to hell as a result of suicide. Any person who is in right standing with God (i.e. they have accepted Jesus Christ as Savior) is exempt from hell, whether or not they died with unconfessed sins. Most of us probably will die with unconfessed sin in our lives because oftentimes we don’t know we have sinned when it comes to matters of faith and adherence to every tidbit of God’s instruction for our lives.

I have turned off comments here but feel free to read the whole post and comment at Janna's place.