Last week Mike and I had a dialog in the comment stream of my Alive Faith post. Here is a bit of the dialog: 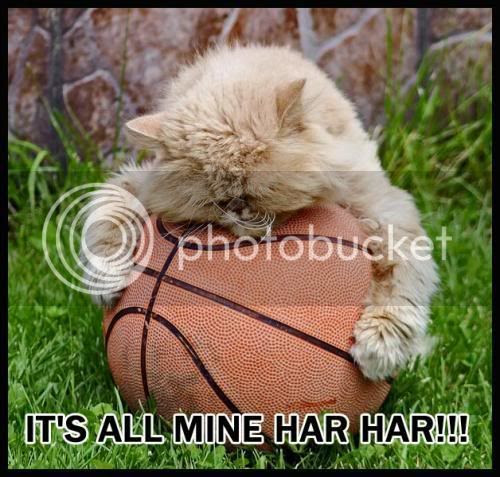 What do you think? When you look at your own life do you agree with me or Mike?  Please be honest.. I am thinking that I may be wrong about this.. I'd like to have some input.
16 comments:

The Basis of Hope

I woke up this morning with this passage from the third chapter of Lamentations on my heart:

This I call to mind, and therefore I have hope: The steadfast love of the LORD never ceases; his mercies never come to an end; they are new every morning; great is your faithfulness.

I think that hope can only be hope when hope is based on the:
My prayer this morning is that we would embrace His love and mercy.. and live life with hope today.
1 comment:

Salvation as a Team Sport

Following are a few excerpts from Brian Zahnd's latest blog: 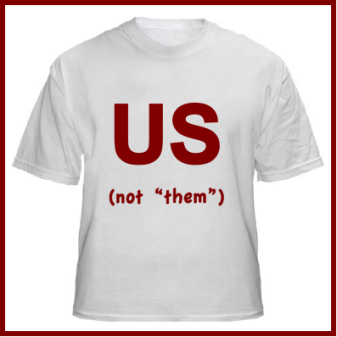 I am proud to bear the name of Christ, but there you see the problem in finding the right words.

There is a way of being proud to be a Christian that is all wrong.

But the "proud to be a Christian" attitude belongs to the "US vs. THEM" mentality which is so distasteful and unhelpful. It’s salvation as a team sport—hooray for our side! There’s something deeply wrong with that. And it feeds into the notion that, "all the saved people pretty much agree with me on most things political, theological and otherwise." No, it’s not said in so many words, but I see it all the time.

Jesus said, "I am the way, the truth and the life. No one comes to the Father except by me." I believe that. I absolutely, unequivocally believe that. But I also think there is a way of believing it which is wrong. When we believe it in the manner of arrogant triumphalism it’s wrong. When it’s used as a trump card to play against those we count as our enemies, it’s wrong. "Hey, all you atheists and Muslims, Jesus is the only way to be saved. So take that!" And we call it "witnessing." It’s more like gloating. What Jesus said is to be believed, but not gloated over.

I liked what Brian says.. it is a generous approach to life.. it is gracious and humble. Check out Brian's complete post here.
4 comments:

I was commenting on a friends blog today about this scripture..

For just as a body without a spirit is dead, so also faith without works is dead. -James 2:22

..and found myself saying:

Real faith changes the way that we act because we are truly changed on the inside.. our outer acts are a mere reflection of our inner change.

I think that we so often miss the point when we read the part of James that speaks of dead faith.. we sometimes miss the point that living faith (versus the dead variety) is alive because we are alive on the inside. Consider these thoughts from the first ten verses in the second chapter of Ephesians:
When our heart or innermost being was dead in sin we could not do "good works".. we lacked the capacity to do good because our old hearts were incapable of faith.. but things changed when our hearts were reborn.. we now have the ability to do good because our faith like our hearts our now alive.. and the fruit or works of the Spirit flow naturally from our new and alive hearts.
26 comments:

Everyone Wants a Miracle

I was praying this morning about my wife's health and asking God for a miracle when this thought entered my mind:

Everyone wants a miracle.

The words seemed understated and almost nonchalant in nature. I sat back and began to ponder about how most of us,when we face a trial or sickness, pray desperately seeking a miraculous answer to our prayer. We all want a miracle of some sort. We all want God to show up in power!

Life does not seem to be designed this way.. does it? If it were then qualities like faith, perseverance and hope would not really be needed.. all we would have to do is say a prayer and everything would be "fixed". Before long we would all expect miracles and eventually take them for granted. Life would take on a different slant. The need to overcome temptations and to wage spiritual warfare would be nonexistent.. prayer would be reduced to an incantation and God would become some sort of Genie in a bottle.

On the flip-side.. if miracles did not exist.. if God never healed.. if answers to prayer were almost nonexistent.. then maybe all of creation would despair.. people would lose hope.. cynicism would run rampant.. sadness would rule the day.. God would become an abstract theological idea that had no substance in reality.

Tomorrow we celebrate Easter.. the day when real miraculous hope was born.. the day that Jesus conquered sin, sickness, death and Satan.. the day that He rose from the grave. Maybe.. in a sense.. that miracle we all want happened that day so long ago.. as the scripture says:

Some inspiring stuff from my friends at Metro!

The Sermon of the Cross

I heard a great sermon about Good Friday on Sunday. In it Pastor Adam Hamilton said that Jesus' crucifixion can be seen as a sermon having three points. Following is what I heard and how I am processing these thoughts:

Please join with me this week before Easter in repenting of our sins, embracing the message of the cross and living a life that embodies sacrificial love.
3 comments:

A few off the cuff thoughts about evil that I shared today over at the Preacherman blog:

What comes to mind when you think about evil? Do you ever equate evil with pride? From my limited understanding of the scriptures all of creation was good until Satan said in his heart:

I will ascend to heaven;
I will raise my throne above the stars of God.

In a similar manner Adam and Eve succumbed to pride when they gave in to Satan's temptation in the garden. Evil always seem to be lurking when we say "I will".. remember "I" is the third letter in evil and pride.

What do you think? What comes to mind when you hear the word "evil"?
3 comments: