Been think of late about the whole tension that exists amongst religious folks and sincere people of faith. Consider the contrasts presented in this story from the ninth chapter of Matthew's gospel: 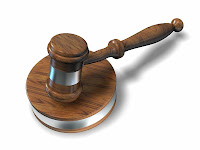 But when Jesus heard this, He said, "It is not those who are healthy who need a physician, but those who are sick. "But go and learn what this means: ' I desire compassion and not sacrifice,' for I did not come to call the
righteous, but sinners."

Here are a few of my thoughts about the contrasts in the passage:
I think it sad that religion prevented some sinners from answering Jesus call. I wonder what it is about religion that caused us to harden against God? It reminds me of what James says about real religion:


Pure and undefiled religion in the sight of our God and Father is this: to visit orphans and widows in their distress, and to keep oneself unstained by the world.

Notice that James mentions nothing about judging sinners or keeping the law.