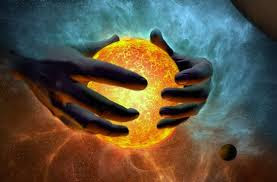 Karl Giberson, executive vice president of The BioLogos Foundation, teaches a Forum on Faith and Science at Gordon College in Wenham, MA. Today he writes about the tension between the ways that we can interpret creation using two different perspectives. Here is a true story that he tells to illustrate his point:

"Wilson, ranked by Time magazine as one of the most influential thinkers of the 20th century, grew up in a Southern Baptist home. He had a conversion experience as a child, read the Bible cover to cover more than once and worshiped with his family in a local Alabama congregation throughout his childhood. He believed in and worshiped a traditional biblical God. He affirmed creation and denied evolution.

After studying biology at The University of Alabama, however, Wilson was convinced evolution was true. He rejected his creationism and the Baptist faith of his childhood, became agnostic and even began to crusade against traditional religion. At first glance, his story seems to support the Answers in Genesis argument.

But what if Wilson had not been primed to believe that evolution was incompatible with his faith? What if he had been raised believing there are two ways to approach Genesis: an ultraliteral interpretation that assumes the text is teaching science, and a literary interpretation that assumes the text is teaching theology? The ultraliteral reading is incompatible with evolution, but the literary reading is not. Wilson could have embraced evolution and simply altered the way he read Genesis, rather than rejecting his Christianity.

I found the story to be an interesting one.. one that I was confronted with in my youth. I think that the problem with many on both sides of this issue is rigidity. When I think about creation I think about this verse in Hebrews:

"By faith we understand that the universe was created by the word of God, so that what is seen was not made out of things that are visible."

I think that the issue is not so much the "how" of creation but the "Who" of creation. By faith we can understand that God created all things but dogmatic faith does not dictate the science of creation.. and neither does dogmatic evolutionism. I think that there is a mystery to the creation story.. we only understand in part.. we see it in glimpses through that proverbial cloudy glass.

I guess the main thing that I am trying to communicate here is that there is a unity of faith in both interpretations of Genesis.. both views agree that God is the creator.

I realize that many might hold tightly to one of these views and may want to enter into a debate on the "how" of creation.. feel free to comment but please do not expect me to debate for either interpretation.. I am not all that smart :)