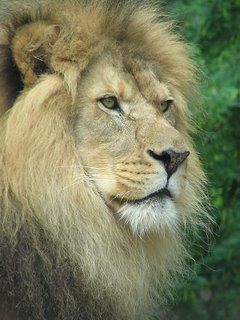 "In the Last Days," God says, "I will pour out my Spirit on every kind of people: Your sons will prophesy, also your daughters; Your young men will see visions, your old men dream dreams. (Acts 2:17)

Ever had a vision? I had one yesterday and I wanted to share it with you. Once a month our church staff gathers together to seek the Lord in the morning ... no agenda (we have a different time weekly that we pray together for needs) ... we just begin waiting on the Lord together ... we read scripture ... pray and share on a heart level. About 20 minutes into this time yesterday a vision began to unfold and I began to speak what I saw to our team ... it was a bit overwhelming at the time ... though now it doesn't seem all that exciting. Here is the vision.

With eyes closed I began to see a man in a jungle. It was a thick jungle with a dense canopy ... very little light came in ... it was a dark place. The man had a machete and was hacking his way through the underbrush. In a sense I became the man and experienced his anguish and stress - he could not see where he was going and he was very scared and stressed out. As I looked into the picture in my mind it seemed that time passed slowly. Then, out of nowhere, a lion appeared and roared. It greatly frightened the man and he feared for his life. An odd thing happened next - the lion spoke to the man and the man began to follow the lion. Some time passed. The man grew very weary as he followed the lion. Then the lion stopped, turned around, and asked the man why he was walking when he could be riding on the lion's back. The man was intimidated by the thought but took courage and mounted the lion. At that moment I felt an overwhelming sense of awe and adventure. It was as if I had just begun to live. The ride was exhilarating! As I was emotionally sharing this with our team, to my surprise, the vision began to unfold further. As I looked into the picture I got a sky view of the jungle and saw the lion heading towards a large clearing. What I saw next amazed me ... thousand upon thousand of lions were entering the clearing. All of the lions had riders. It was an incredible site.

I have some thoughts about the vision that I would like to share in a day or so but I first wanted to get your feedback. Someone told me that it was a Narnia-like vision because in the second book a child rides on the back of Aslan (the lion). What is your take on the vision. I am really interested in your thoughts on it and if you see any biblical symbolism in it. Okay to say you don't believe in this sort of stuff - just be nice :)